During Dr. Gundry's 40-year medical career he performed over 10,000 heart surgeries and developed patented, life-saving medical technology. After discovering key secrets to health 15 years ago, his mission is to prevent surgery by helping patients heal themselves through proper nutrition. His best-selling book from 2008, Dr. Gundry’s Diet Evolution, focused on specific diet principles for weight-loss and disease reversal. His second book, The Plant Paradox, further illuminates truths about hidden dangers of supposed “healthy” foods.

Michele is an international speaker and coach and am now working with Deepak Chopra as a Wellness Expert on his new digital platform jiyo.com.   I have 15 years experience working with people from all walks of life who want to make changes in their lives but are still stuck after trying  just about every other option. I work quickly and economically to get you the results you want and need so that you can move forward with your life.

Before I began helping people to make profound and lasting changes in their lives. I was an international runway model. You're probably wondering how I made such an extreme life change. When I was a model I suffered from anorexia nervosa and there were very few people around who knew how to help me and my colleagues who were also suffering, so I embarked on a journey to figure out what I could do to free myself from the 'monkey on my back'. I did a lot of reading and self-development and learned a lot along the way. Some good some not so good. I was always interested in human behavior and at that moment realized that I wanted to help others get the 'monkey off their back'. After years of studying several methodologies such as NLP, Hypnotherapy and Havening Techniques, I had the tools to make a difference in people's lives with their weight, anxiety, stress, trauma and any other issue that was holding them back. 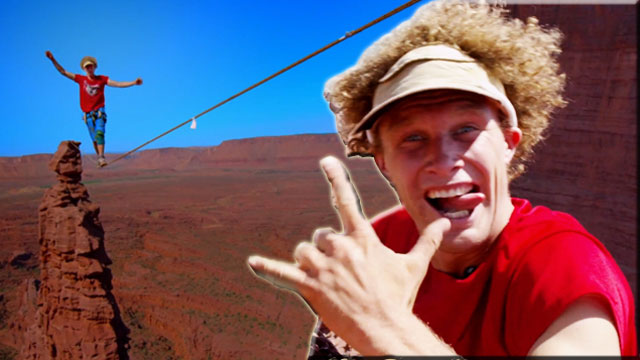 Andy Lewis, is a professional performer, stunt coordinator, and internationally recognized extreme sports athlete. He is most famous for his efforts as a slackliner. Lewis has completed numerous accomplishments as a highliner and trickliner, and is also a distinguished BASE jumper and rock climber. He has created new "slack" vocabulary, new slackline disciplines, and is an ambassador to the sport.

This conversation was recorded on the beach in front of the slack lines at Old Muscle Beach.

Jerzy is a kind and brilliant man. He happens to also be an absolute legend in the Olympic lifting world with one of the most interesting stories you'll ever hear!

The Happy Body program will teach you everything you need to know to be your own coach. It establishes exact scientific and testable methods and goals to engineer your own weight loss and fitness within precise time periods.

Ben is a return guest, friend and legend in the fitness industry.

Little bit about Ben; he was accepted into six medical schools, but opted to instead attain a master’s degree in exercise physiology and biomechanics, after which, in 2005, he leapt hardcore into the fitness world, partnering with physicians and opening a series of personal training studios, gyms and physiology and biomechanics labs across North Idaho and Eastern Washington, and eventually being voted as America’s top personal trainer in 2008.

While building his empire in the brick-and-mortar fitness industry, Ben competed as one of the top ranked amateur triathletes in the world, completing over 120 races and 12 Ironman triathlons while racing for the elite Team Timex multisport team, winning gold medal for the USA in long course triathlon, and leading squads of swim, bike and run enthusiasts in guided adventures through Hawaii, Thailand, Japan and beyond.

Eventually, Ben became the father of twin sons and pivoted into media, writing, speaking and consulting, launching one of the world’s first fitness podcasts, becoming a New York Times bestselling author of “Beyond Training” and 13 books, designing and creating the Christian Gratitude Journal , and starting a blog that now reaches over a million rabid fans each month. During this time, while making a name for himself as a relentless self-experimenter and biohacker, Ben became a professional obstacle course racer, completing the coveted Spartan Delta, training with the Navy SEALs, competing across the globe in open water swims, mountain runs and adventure races, winning multiple USA bowhunting competitions, and appearing on the planet’s toughest reality TV shows.